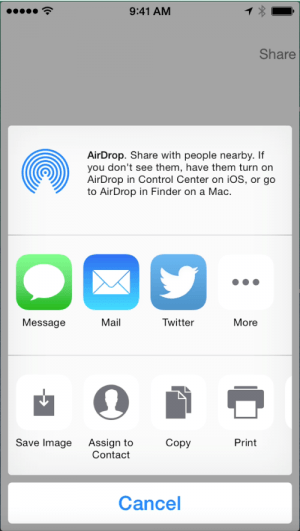 Apple makes it incredibly easy to add social sharing to your app.  There are at least two ways to do this.

The first calls on the UIActivityViewController which has some built-in, behind the scenes magic. It is extremely simple and does not use a Framework.

UIActivityViewController will bring up any available sharing mechanism on the users phone.  For example when the share button is touched, a view slides up with the available places to share.  Mail, Messaging, Print, Photo Album etc.  If the user has the Twitter or Facebook app on their phone, those icons will be presented as well.

The second way is using the Framework Social  The Social Framework allows you to target specific social outlets supported by the framework.

In Xcode 6 the available outlets are:

Implementing the code is quite simple and a powerful way to connect your app to these supported social outlets.

In Image.xcassets add an image and name it what every you like.  Ill name mine boyOnBeach.

Open the Storyboard.  Drag on a button and name it “Share”.

Open the assistant editor and make the connections.

Control+Drag from the button to the ViewController.h file just under @interface.  Make sure action” is selected in the pop up window and name it shareButton.

“The UIActivityViewController class is a standard view controller that you can use to offer various services from your application. The system provides several standard services, such as copying items to the pasteboard, posting content to social media sites, sending items via email or SMS, and more. Apps can also define custom services.”

Build and Run. I have found this doesn’t always work in the simulator. I recommend testing on a device. 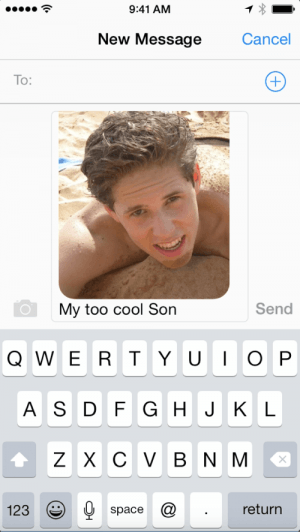 This is a “bare bones” but powerful way to share via the resources available on the users device.

Next well look at how to target specific social sharing outlets using the Social Framework.