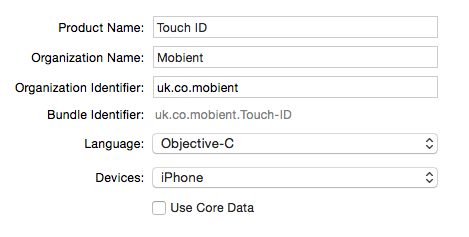 END_OF_DOCUMENT_TOKEN_TO_BE_REPLACED

You have probably seen a number of times an app that shows the progress of a download. Today, we’ll look at one way how this is accomplished. In this tutorial I’ll show you how to create a progress bar that fills up as more data is downloaded. The data we’ll download will be an image downloaded from the internet.

Lets begin by loading up Xcode and creating a Single View Application.

Call the project “Progress Bar” and leave the rest of the options as default. You can choose iPad or iPhone for this project although we’ll create it for the iPhone in this tutorial. When you get to the option on the next page asking if you want a GIT repository, you can either select or deselect it. 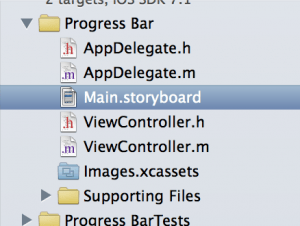 When the project is ready to go, load up the storyboard by clicking on Main.storyboard in the navigation pane to the left. When the storyboard loads up, you will see just a single view that is currently empty. We need to add a few objects to it which will include a progress bar and an image view. All this simple app will do is load up a pre-defined URL and as the page loads, it will show the progress of the page load and when done, it will show the item on screen. END_OF_DOCUMENT_TOKEN_TO_BE_REPLACED

The method we will look at in this tutorial is the sortedArrayUsingComparator: which is an instance method from the NSArray class. On first looks, this can look a little complicated, but if you take time to read through and see what is happening, it begins to make perfect sense. It also makes for quite clean code too.